Did You Know?
The Kekopey Hot Springs are a very popular bathing spot, with the Maasai believing that the waters have medicinal properties.

Lake Elmenteita offers a slightly different Rift Valley experience, in that the emphasis is less on out-and-out game viewing, and more on a range of activities that bring this area to life. As such, Lake Elmenteita safaris make for an ideal pause during a longer Kenyan safari itinerary, or a counterpoint to time spent in, say, the Masai Mara or Amboseli.

This is an area that has a rich geological history, and Lake Elmenteita safaris allow guests to see the petrified remains of ancient volcanic activity, including craters and long-halted lava flows. The lake is largely within the Soysambu Conservancy, where species conservation efforts are focused on rare colobus monkeys (this is one of the best places in Kenya to spot them) and the distinctive Rothschild’s giraffe, of which fewer than 2,000 remain in the wild.

Excursions can be arranged to the Kekopey Hot Springs at the southern end of the lake, while game drives can reveal sightings of species that may not be a focus elsewhere.

As an alkaline body of water, the chemistry of Lake Elmenteita is directly affected by fluctuating rain and water levels throughout the year, meaning that no two Lake Elmenteita safaris are the same.

Lake Elmenteita can be regarded as a year-round destination, but as with many other locations in Kenya, the experience is different in different seasons, and this is largely a function of whether the seasonal rains are falling, or have stopped. Kenya’s equatorial climate, with its classic four-season pattern, plays out at Lake Elmenteita as elsewhere, but here it can actually change the chemistry of the lake itself, which alters its allure to birds, especially.

As elsewhere in Kenya, the longer dry season is most popular with visitors to Lake Elmenteita. However, the ever-so-slightly out-of-the-way location of the lake means that it never feels crowded, and there are plenty of opportunities for escape. The long dry season sees game begin to concentrate around remaining freshwater holes. This is also migration season in the Masai Mara, and a few days at Lake Elmenteita offer the perfect decompression after the intensity of watching river crossings.

The short rains top up waterholes and prompt a green flush around Lake Elmenteita, but rising temperatures mean that evaporation pilfers much of the precipitation. It’s quite possible that guests may get caught in the rain, but the drying effect of the sun means that, at worst, this is a fleeting inconvenience. The roads here are good, so all the best parts of Lake Elmenteita can still be accessed.

The shorter dry season is effectively a mirror of the longer one, although it’s also the time when many migratory species arrive at the lake to recharge and recuperate after long international flights (incidentally, Lake Elmenteita is also ideal for humans looking to do the same). As in the long, dry season earlier in the year, the reduced availability of fresh water causes the game to bunch up, making for easier sightings.

The long rains are a time of renewal and rebirth for Lake Elmenteita, or rather a time of births – lots and lots of births! Lake Elmenteita, which can seem dry and dusty at other times of year, is transformed into a lush, green paradise during the rains. Game drives become the focal activity during the rainy season, giving guests the opportunity to witness both first steps and last ones, as predators take advantage of this annual bonanza. 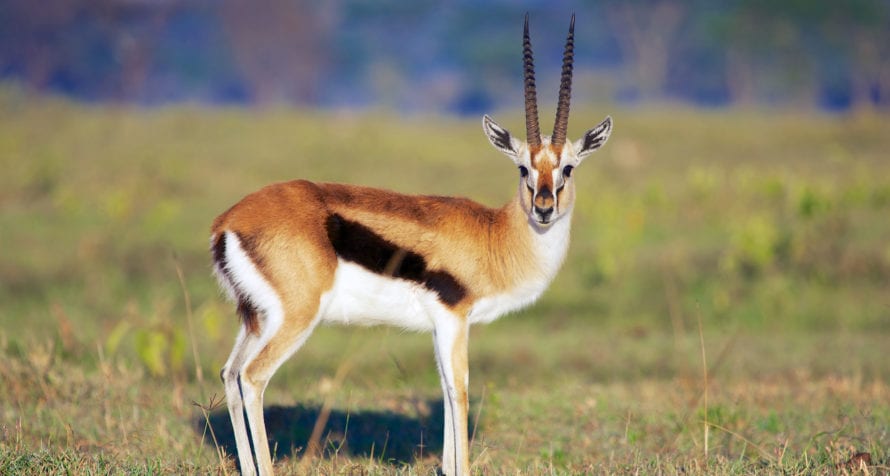 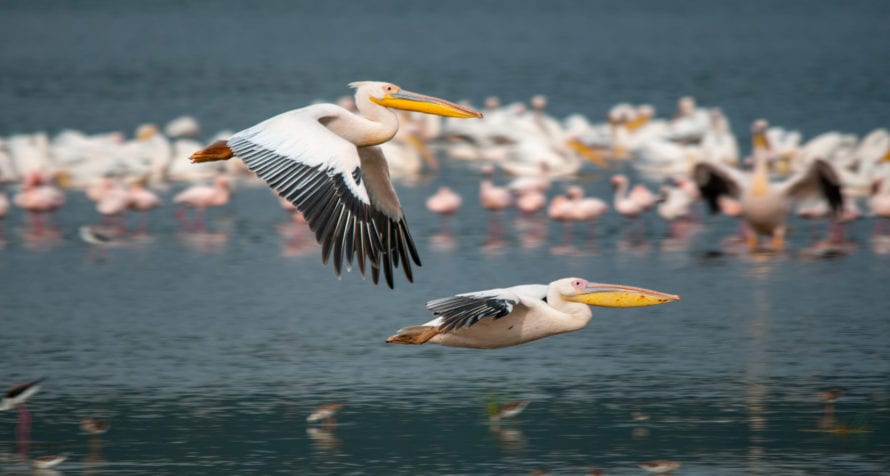 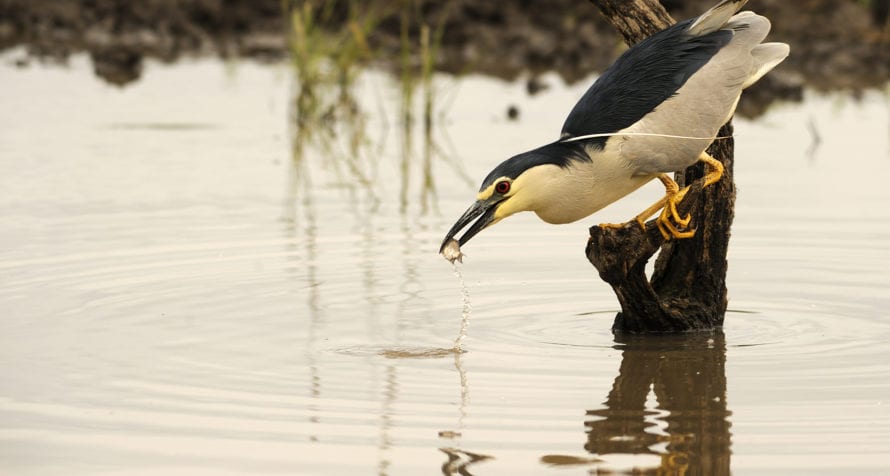 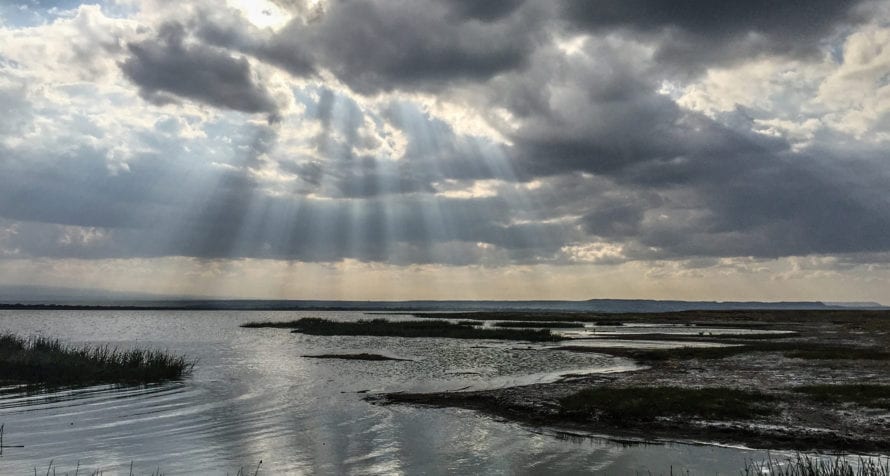 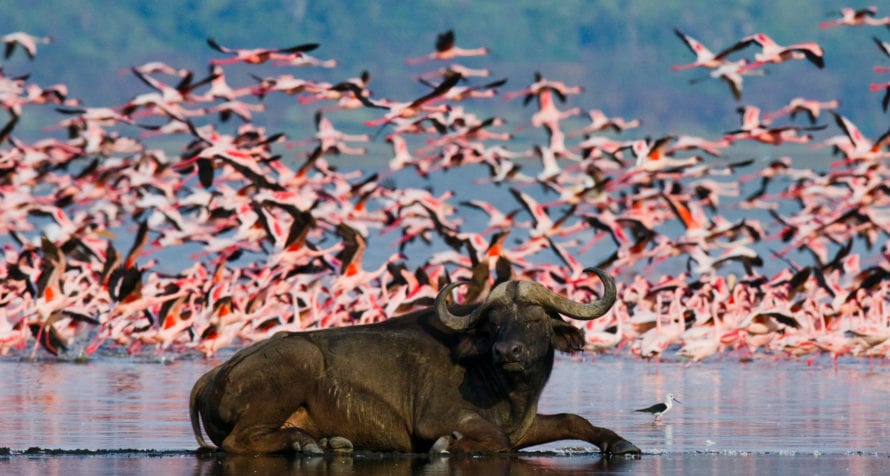 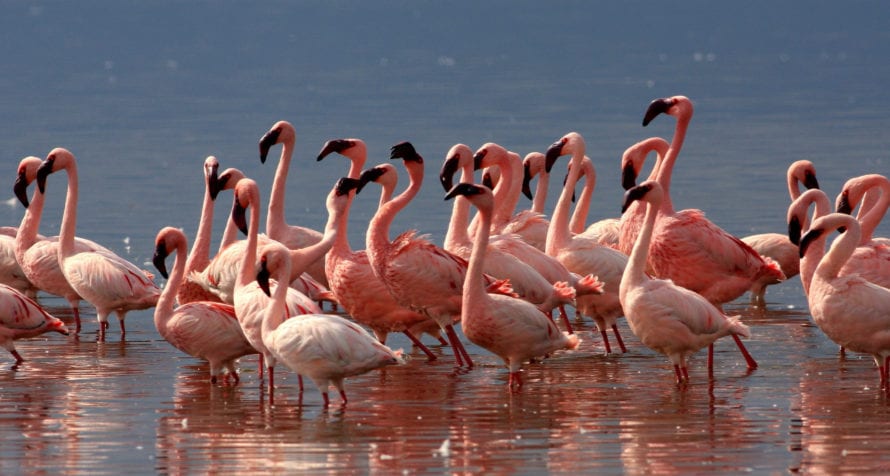