Did You Know?
Giraffe are one of the only local species not found in Ngorongoro Crater, probably because the sides are too steep for them to walk down.

Ngorongoro Crater is rightly regarded as a must-visit safari destination, and, as part of the greater Serengeti ecosystem, is easily combined into a northern Tanzania itinerary. Today’s crater, while impressive, is only really the remnant of what was once a volcano believed to have been taller than Mount Kilimanjaro.

Eruption and erosion may have diminished its altitude, but this is still a safari hotspot with attitude. Over 600m deep and with a crater floor area of 260km2, Ngorongoro is large enough to be its own ecosystem. While there’s some movement in and out of the crater, many of its animals are year-round residents.

Ngorongoro is northern Tanzania in microcosm, with habitats including swamp, lakeshore, forest and grassland competing for space. The wildlife viewing is spectacular, with black rhino being one of the headline acts. The backdrop to almost every image is the wall of the crater, which explains the iconic images of rhino seemingly walking by cliffs.

With local Maasai permitted to graze their cattle in the crater, a further photogenic element is added to the mix, but for the most part, it’s the opportunity to descend into a lost world setting that makes the crater so magnetic.

The seasons in Ngorongoro Crater closely mirror those of other key safari destinations in northern Tanzania, and follow the pattern of alternating wet and dry seasons. It’s no surprise that the long dry season attracts the most visitors, while the two rainy seasons – especially the longer rains in April and May – see far fewer people descend into the crater, which means that opportunities to be almost alone on the crater floor can still be found. It’s worth noting that the game-viewing is superb year-round.

During the longer of the two dry seasons, the crater is at its most popular, as the word is definitely out about this being the optimum wildlife viewing time. That’s because, as the last rains fade into memory, the vegetation also fades, making wildlife easier to spot. The weather is also wonderful – temperate rather than hot at this altitude, ideal for early morning and late afternoon game drives, with lunch and siestas in between.

The short rainy season is characterised by regular afternoon storms, which do a wonderful job of knocking any dust out of the air, as well as generating new vegetation growth. Wildlife viewing remains excellent, and there’s the added bonus of having fewer humans about. Indeed, it’s much quieter now for tourism than in the preceding dry season, except for feathered visitors: this is an excellent time to see migratory bird species descending on the lush, green crater.

The shorter dry season replicates the conditions experienced between June and October, with the vegetation beginning to falter once the clouds depart. This means, generally speaking, more visitors, but even at peak times, safari operators are adept at avoiding each other, so that the crater floor never feels too crowded – other than with game, which always seems to be in abundance, plus the surprising sight of unperturbed Maasai herdsmen passing by.

The longer rainy season is the least busy time in the crater, at least in terms of human activity. This means that many people miss out on seeing the Ngorongoro at its prettiest – it literally bursts into flower, with a carpet of blooms adding an extra dimension to those rhino images. The seasonal, salty Lake Magadi in the centre of the crater attracts large flocks of flamingos, and is relied on by the Maasai to water their cattle. 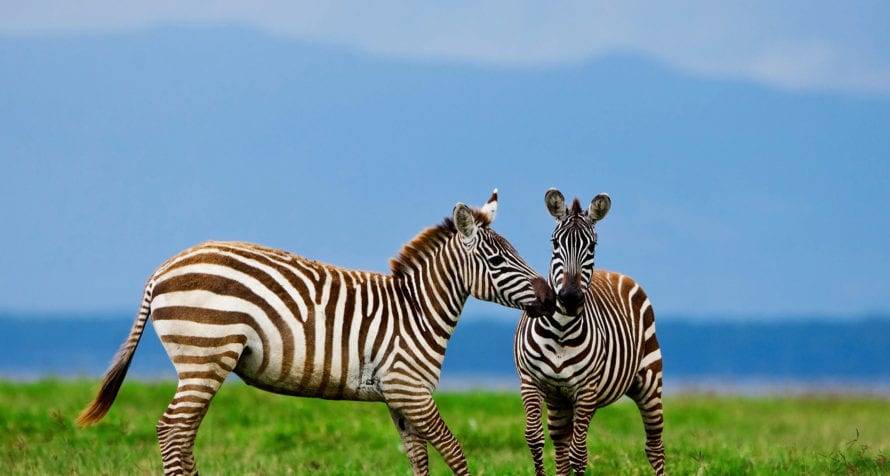 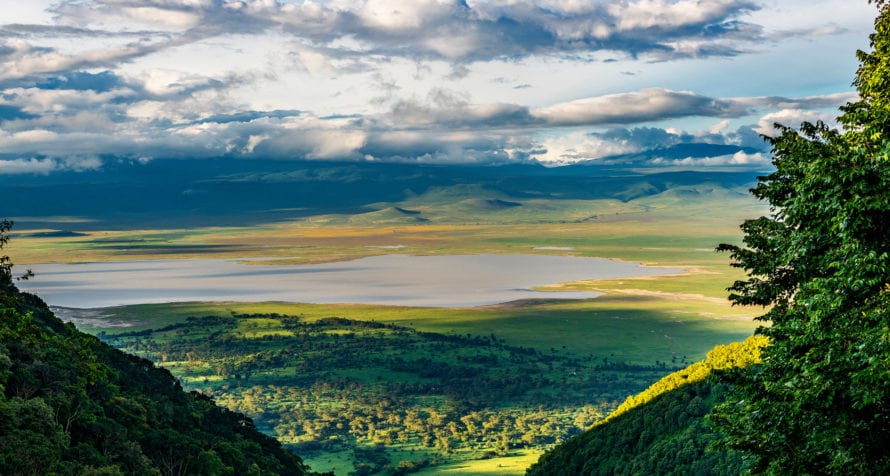 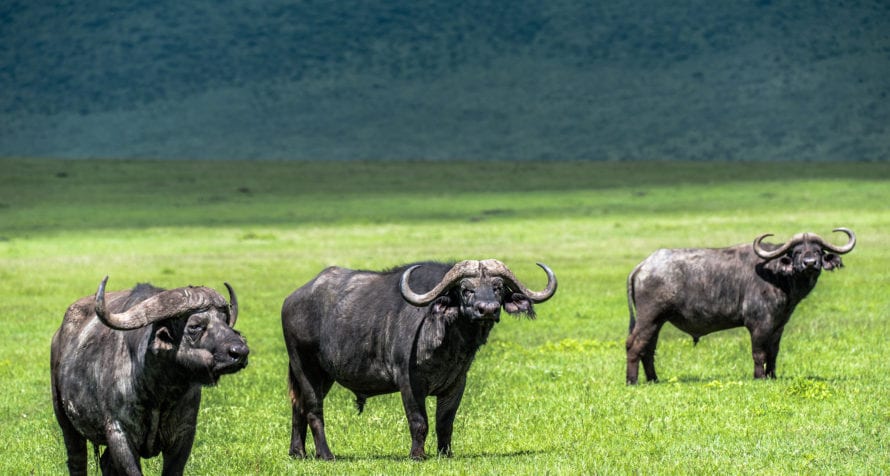 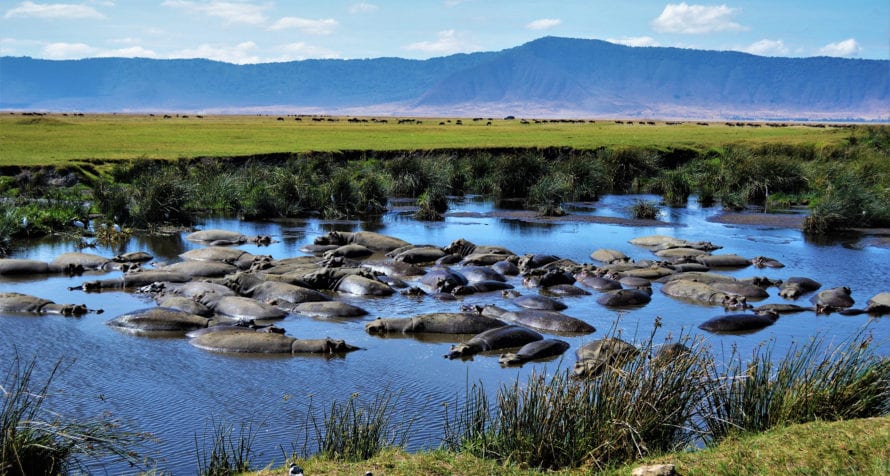 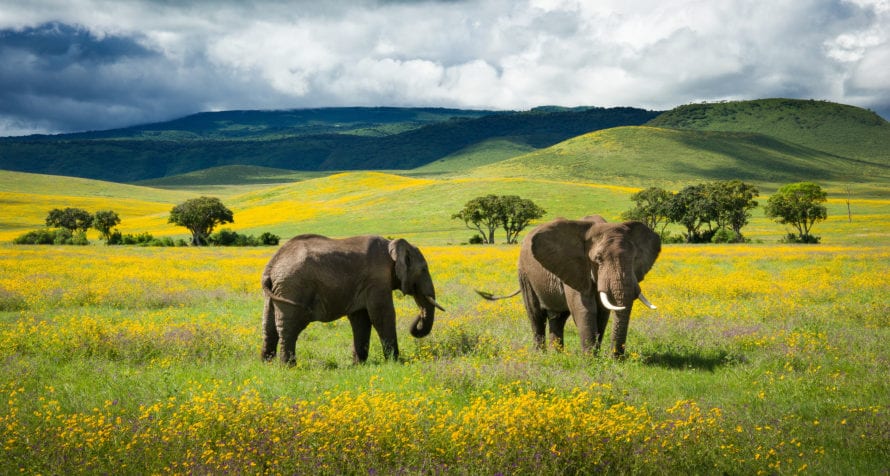 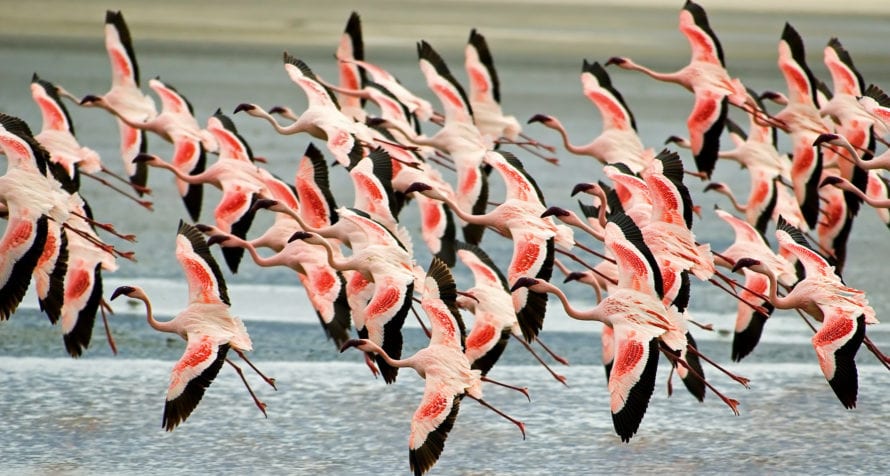 The Serengeti takes its name from a Maasai word meaning ‘where the land runs on forever’. It’s one of the most evocative and iconic safari destinations of all – not least because it’s the stage on which much of the drama of the Great Wildebeest Migration is played out each year.

Tanzania is an East African safari powerhouse, not least because in the Serengeti it features one of the greatest of all wilderness areas, and the backdrop for the annual Great Wildebeest Migration. Factor in Indian Ocean Islands, too, and it’s clear that Tanzania safaris can be all things to all people.